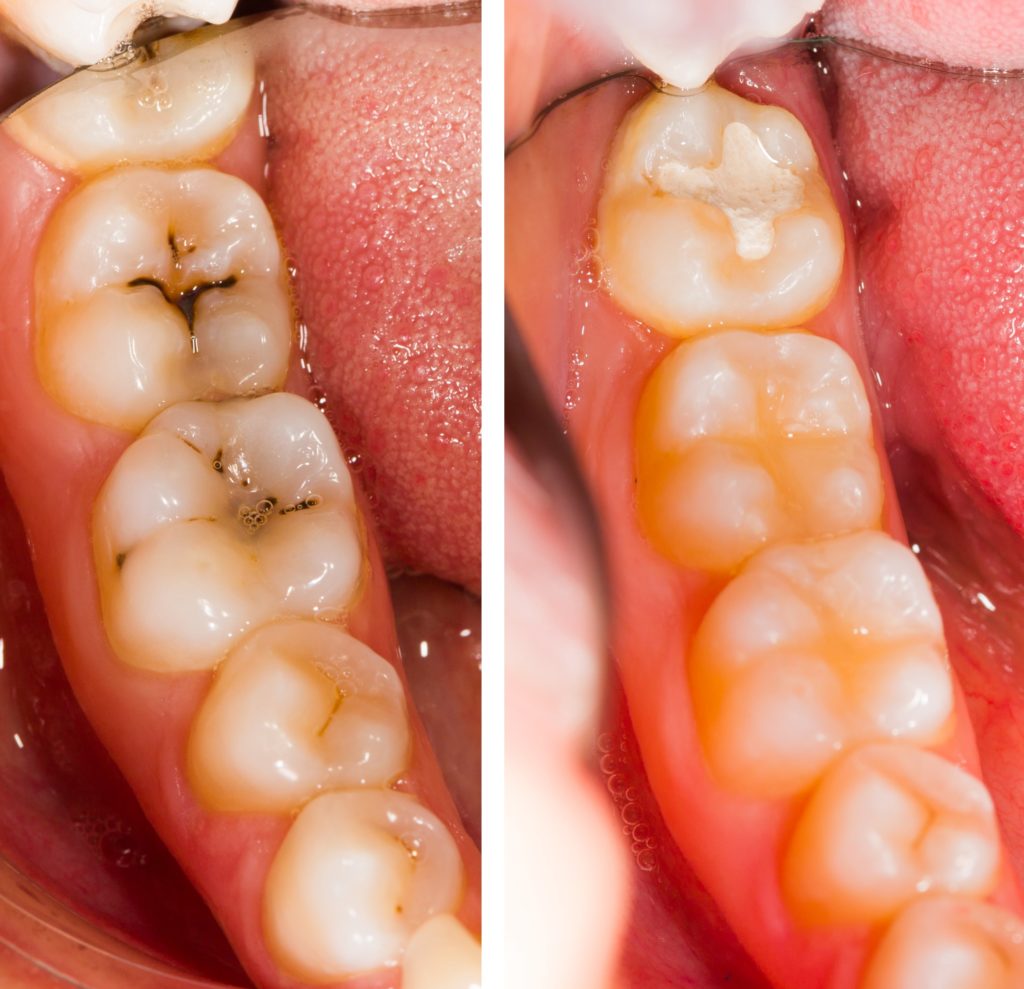 Composite resins are a durable and attractive way of treating teeth that, through damage caused by accidents or decay, have become compromised. This style of filling works to restore the tooth while retaining a natural appearance using a material that is stronger and more effective than silver or mercury amalgam fillings. These fillings can be used in any area of the mouth, from the back molars to the front incisors, without resulting in an undesirable appearance.

What Are They Made Of?

These composites are formed of a blend of non-toxic substances including glass beads and plastic colored to match your teeth to halt the advancement of damage to fractured teeth and those suffering from decay. First created in the 1960s the exact formula has undergone significant changes in the intervening decades, arriving at a combination that is both resilient, easy to form, and nearly indistinguishable from our natural teeth.

Modern composite fillings are usually comprised of the following ingredients:

Variations on this base formula exist dependent on the needs of the patient and the preference of the dentist. Generally considered to have superior physical qualities to other forms of filling most doctors prefer composites for their durability and safety for the patient, while patients tend to prefer them for their natural appearance.

When Were Composite Fillings First Invented?

As we mentioned above composite fillings have been with us since sometime in the 1960s, but advancements since that date have seen significant improvements on an already fantastic dental tool. While they initially relied on chemical reactions to cure and set in place, this process has been accelerated through a process known as light-curing, where light is used to enhance the rate at which the composite cures, or hardens. A new technology called micro-filled composites came to exist in 1981, as well as the introduction of a wet bonding agent and acid etch technique. What this means for the patient is that the composite bonds firmly to the teeth and actually restore some of its integrity as a result.

The newest generation of composite fillings can be used to restore teeth that have become worn, chipped, broken, or would otherwise not be a viable candidate for amalgam fillings. Damage to composites already in place is easily repaired without removal, making them superior to amalgam fillings in yet another way. While its best to avoid having to get any fillings at all, composite fillings stand out as one of the most preferred methods of treating them.

If you’re looking into getting composites and want to know if they’re going to be right for your dental health, pick up the phone and contact Dr. Xiaofeng Wang at Forest Hill Family Dental in Kitchener ON. Their team of experts works with patients like you to find restorative dentistry solutions as well as helping them maintain great oral health and dental hygiene practices for a lifetime.